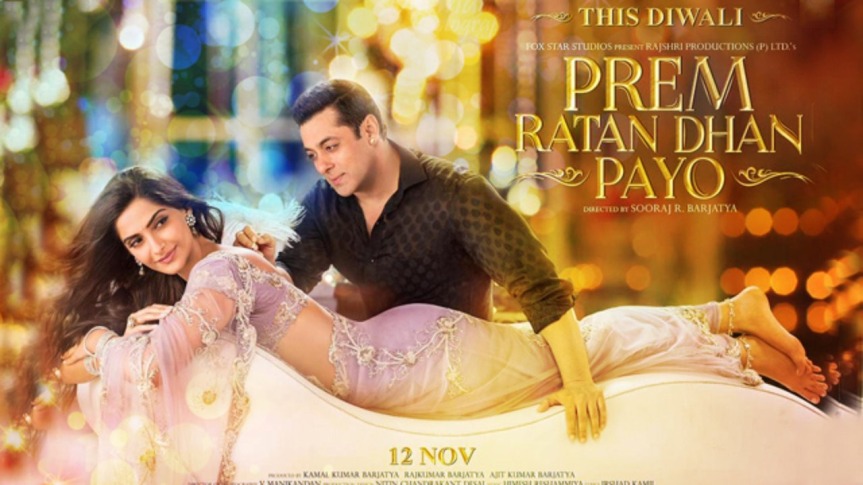 When we talk about the lives of Royal Kings through Indian Cinema, Its obvious recreation of Huge palaces with Actors in huge Traditional Outfits, with Pride of Glory. On based on such sattire, Based is Prem Ratan Dhan Paayo presented By Sooraj Barjatya.

The story lies within Yuvraj of Pritampur Vijay Singh (Salman Khan) who is engaged to Princess from Dilli Maithli (Sonam Kapoor) . Now this Royal story isn’t simple at all. Yuvraj Vijay has two Step Sisters Chandrika (Swara Bhaskar) & Hansika, and a Brother Niranjan (Neil Nitin Mukesh) as well who plans to murder Vijay.

To Find out Mystry behind Vijay Singh ‘s Murder , Diwan asks Prem to go to Raj Tilak where Maithili was coming . Now Maithili falls for Prem for his good side , His Simplicity and Pranks. Will Prem get Maithili , Watch to Find out Prem Ratan Dhan Paayo !

Music of the film By Himesh Reshemiyaan is amazing, and I think needs no description at all as already Hitting the Chart busters