Goa, November 21, 2015: The Ministry of Information & Broadcasting, India along with National Film Development Corporation (NFDC) launched a Film Facilitation Office at the Film Bazaar today. Col. Rajyavardhan Rathore, Hon’ble Minister of State for Information & Broadcasting, India unveiled the logo of “Film In India” at NFDC Film Bazaar. With a view to facilitating international film shoots in India and easing the procedure of obtaining permissions to execute the production of feature and non-feature films, the government has now decided to set up a Film Facilitation Office.

The Ministry of Information & Broadcasting, Government of India has taken the lead with a long-term objective of positioning India as a preferred destination for filmmakers across the world. The Film Facilitation Office will enable Indian filmmakers to navigate the various challenges that they face while shooting across the country. The FFO will also aim to identify such issues that require policy interventions by the Government and recommend solutions.

The Film Facilitation Office, which will be housed in the National Film Development Corporation (NFDC), will facilitate according permissions for feature films, TV series and advertisement films to be shot in India by filmmakers. The FFO will be additionally charged with facilitating obtaining of clearances from various Government agencies and help in creating on-the-ground support crew for film and ancillary services through standardized vocational training programs.

Col. Rajyavardhan Rathore, Hon’ble Minister of State for Information & Broadcasting, India says, “The Ministry of I&B is setting up a Film Facilitation Office, with a view to promoting India as a filming destination. The outcome of engaging NFDC is to utilize their expertise towards setting up this specialized single window clearance system, which in the long run will facilitate according permissions for shooting in India by filmmakers with a view to tap the vast talent available in the Indian film industry as well as promoting Indian locales.”

Sh. Sunil Arora, Secretary Ministry of I&B says, “Primary objective of the Film Facilitation Office is to create an environment that inspires filmmakers. In doing so the FFO will identify and recommend such policy changes (at the central & state levels) that would make India a more film-friendly destination.”

NFDC India’s Managing Director, Nina Lath Gupta says, “NFDC’s endeavor to create a balanced growth in the film sector gets a further fillip with the responsibility to manage the Film Facilitation Office launched by the Ministry of I&B. The core intention of this initiative lies in its proposition to make India a preferred filming destination, while concurrently it will enable Indian filmmakers navigate the various challenges they face shooting across the country.”

The Film Facilitation Office will establish a dedicated web-portal, that will enable online submission of applications for seeking permission for shooting in India, and disseminate information on shooting locations and the facilities available with the Indian film industry for production/post production as well as all necessary information relating to film shooting in India. 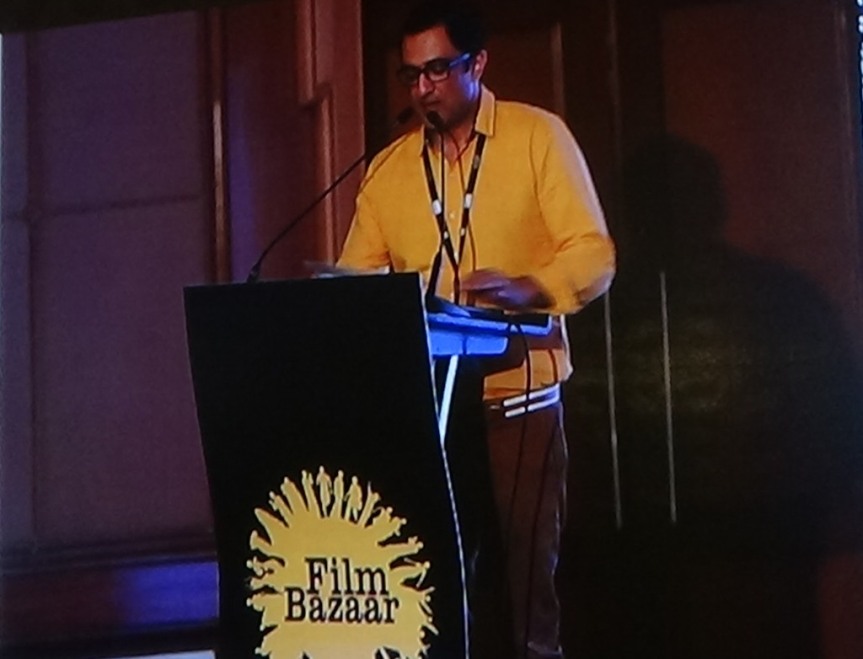 Film Bazaar in its 9th edition is exclusively created to encourage collaboration between the international and South Asian film fraternities. The market aims at facilitating the sales of world cinema in the region. The 2014 market saw an attendance of 1042 delegates from 38 countries with country delegations from Canada, South Korea and Poland. Film Bazaar will be held from 20-24 November 2015 at Goa Marriott Resort in Goa (India).

Incorporated in the year 1975 National Film Development Corporation Ltd is formed by Ministry of Information and broadcasting (GoI) with the primary objective of promoting the good cinema movement. NFDC is instrumental for creating an ecosystem to support the financing, distribution and development of independent films across the country.