It was at star studded launch of JAGGA JASSOS , which needed no description at all to call Actors on Stage. 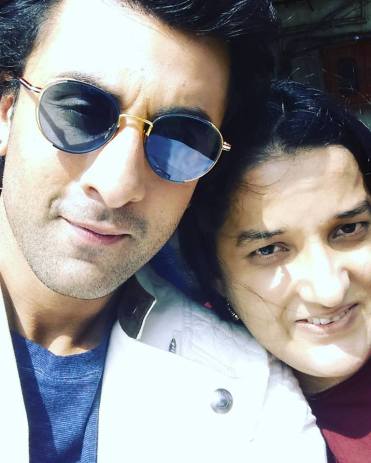 When Priyanka Raina asked Ranbir Kapoor , Since movie is on Father – Son Due relationship and Father’s day too coming – What message would you like to give ?
On This Ranbir Kapoor instinct thought for a moment and replied , Stop Drinking please (Laughs)” . Further continues, “Family always comes first and since I am 35 now and so am father now of my parents . and want to take care of them”
Well That was a smart answer by biggest Jassos of Bollywood ,  Isnt it?
Also further Ranbir Kapoor said at a launch that once I was shooting at Mehboob studios, and so Shahrukh , Anushka were too. We just just caught up in a Vanity and were on title suggestions.
Further told to Priyanka Raina, “When I suggested JAB HARRY MET SEJAL , they all laughed …. wont work, and today Suprised that releasing poster with my title so somewhere I am associated with movie too.
Also Ranbir contiues, “As a fan I always wanted to see Shahrukh and Imitiaz sir working together, so happy for them”
Well , thats our Rockstar who has also made short film Zindagi 2050. and is Biggest JASOOS of Bollywood and Priyanka Raina Directed short films ZINDAGI , which Ranbir liked !
So Two JASOOS RK & PR who have Directed short films , creating Buzz /
–
For More Updates , Don’t Forget to Subscribe to Omniscent Entertainment