A night of as we say stars in the sky and here comes SAVVY MAGAZINE s lovely gesture of celeberating 45th Birthday.

Savvy Magazine is really special to the Ashiquee Guy Rahul Roy as His Mom was the on the cover of Very first SAVVY MAGAZINE launched in year 1989. Further replied ; “My mom was so gorgeous that Bhatt saab wanted to cast her in movie. But she was just happy in photoshoots and didnt wanted to do acting ; so told about me. And I was super excited – Thats how my ASHIQUEE happened. My Mom is my biggest mentor”

Then comes Shotgun junior Luv Sinha who standing with his paltan comes to share his global experience in very first movie.

Now comes the man who needs no introduction at all; Words may be enough for him when it comes to Acting – The one and only Kabir Bedi sir. On telling being married which was actually debate in party replied; “Marriage is something that makes you complete ; you can share in your thoughts ; your life to the special ones”

Well we can judge the famous Khoon bhari Maang who has given some of outstanding performance as contribution to Indian Cinema.

Also the famous villian of Sunny Deol movies; Champion Rahul Dev too added flavours to party; “Marriage is something that completes a man”

Well to add with party os not over without the Bad Man but a Good man in real ; Gulshan Grover who shown some lights to Savvy Magazine 45th bash. 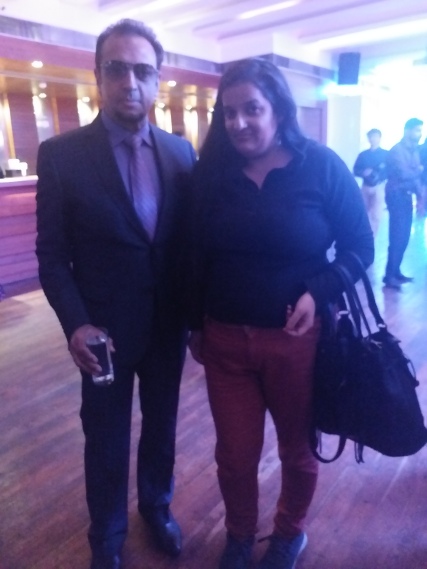 Savvy Magazine s 45 th Bash would be incomplete without thanking the Karmic Media for organising a Cakewalk through out. Thank you Ram Kamal Mukherjee; Sarbani Mukherjee and newest producer on board Aritra Das from Assorted Motion Pictures who produced Cakewalk and Seasons Greetings

Then lovely contestants honouring Brightly with one and only Yogesh Lakhani.

Savvy Magazine is one of the leading magazine on fashion; lifestyle which started its journey in 1989 and honours in celeberating 45th Bash.